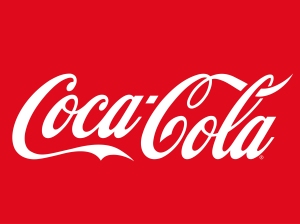 I chose to compare these two companies because they’re so competitive already that it would be interesting to see if they try to bring in different characteristics to their social media pages to gain more followers, views and impressions. I looked at both of their profiles on Instagram, Twitter, Facebook, Snapchat, LinkedIn and Pinterest. Both organizations had all of these platforms.

Aside from Snapchat, where there wasn’t any content to view at the moment, both companies actively used all the other platforms. The profiles on the different sites were updated daily or every couple of days. The most common uses between the two companies were Instagram and Twitter, as well as LinkedIn. As for Facebook, Pepsi was pretty recent on its posts, but Coca-Cola hadn’t posted anything in five days. Otherwise, both companies have a pretty large presence on the multiple sites, with millions of followers across the board.

The Instagram pages for both Pepsi and Coke were interesting because you could really see the branding in every aspect. Every post has their logo somewhere and provides mostly ads for their products on each post. The feed overall had a theme, Pepsi’s was dominant in the color blue and Coca-Cola was dominant in the color red, which was cool because their themes even applied to the logo and brand.

On all of the pages, their brand was consistent because a lot of their posts on Facebook and Twitter were linked directly to the ones on Instagram with both Pepsi and Coke. They both had a very strong appeal to their audience, which would be any user on social media, around the ages 18 and up. They had holiday themed ads for Halloween and football themed ads because it’s football season, and also had videos integrated in, not just pictures. On their Twitter pages, both companies used it mainly for responding to customer comments, concerns or questions and provided personalized messages using their names. I noticed Coca-Cola responded in multiple languages on their sites, which isn’t something I saw Pepsi do.

On the Pinterest pages, I noticed that Pepsi used it more for their parent company, PepsiCo, to post boards regarding more than just their soda, whereas Coca-Cola’s boards were more centered around the soda itself and things involving their product. With LinkedIn, I noticed that PepsiCo was also the one who used this platform to talk about more than the soda and focused on posts of how employees of their company have been helped or shaped by their jobs. Coca-Cola shared more of their work that they do in partnership with other organizations on their LinkedIn page.

Overall, both companies have a very large presence on nearly all of these platforms. They did some really great things with it, but they could also work on some aspects of their presence.

As for positives, both accounts used visuals to help with their social media presence. According to The Social Media Hat article “7 Characteristics of a Successful Social Media Presence”, a good social media account is “driven by visuals” and images should be in a lot of social media posts. Both Pepsi and Coke do this on all their platforms, unless it’s a response to a customer. Otherwise, there’s an image with all their posts. The article also said that companies need to be where their customers are and I think Pepsi and Coke both do this well. They’re on so many sites that they can reach a large amount of people at once and they know social media will do this for them. Finally, they also personalized messages to customers on Twitter with their name or responses tailored to that person’s specific concern. This is a successful tactic I read about in the Social Media Examiner article “5 Tips to Build More Loyalty with your Twitter Fans”. I thought this was a great way to let followers know that you were there and not just a robot or computerized voice.

As for things they could work on, I think that both of their social media sites were very similar. I think it’d be neat to see one company try something different to appeal to their audience that the other hasn’t done because they’re such huge competitors. Their social media sites are essentially the same, just red and blue for the specific soda. They could also make their posts a little less automated. According to the Social Media Hat article I mentioned earlier, it says posts should seem human and not robotic, which I think they achieve when they respond to customers, but when they post on their own it looks more like an ad they created and scheduled to send out. Finally, I think they could work on being more active on Snapchat because they’re such large companies and the app is so huge. In the Business Insider article about Snapchat, it says that ads on this app “outperform other social media platforms”. I think it’d be effective to post regularly on there and get people thinking about their product when they check their Snapchat stories. Pepsi and Coke have the accounts, they just need to be active with them.

When I went through these sites, I thought about our social media panel and how these companies reflect the things I learned. There were a few things I kept in mind from the panel when looking at Pepsi and Coke.

When I was listening to the social media panel, I learned about how it’s important to respond to customers’ thoughts and I kept that in mind when looking at these companies because they’re so large. I thought would be neat to see them interacting and they did, which was impressive. They also talked about how it’s important to be active on a platform if you’re going to have it which I also kept in mind when I looked through their platforms. They made me think about how it’s more than just a computer and that someone is running it behind the screen, so I tried to think of that when approaching this assignment, which is why I was disappointed when I saw they both had a Snapchat but didn’t use them.

As a whole, I think both companies have a great social media presence and it’s effective. It was interesting to see the things we discussed in class being expressed on pages from large corporations who have a lot of traffic from millions of people every day.

A 21 year old aspiring music journalist. Currently a junior at the University of Wyoming. View all posts by Abbey Williams

This is a text widget. The Text Widget allows you to add text or HTML to your sidebar. You can use a text widget to display text, links, images, HTML, or a combination of these. Edit them in the Widget section of the Customizer.
%d bloggers like this: